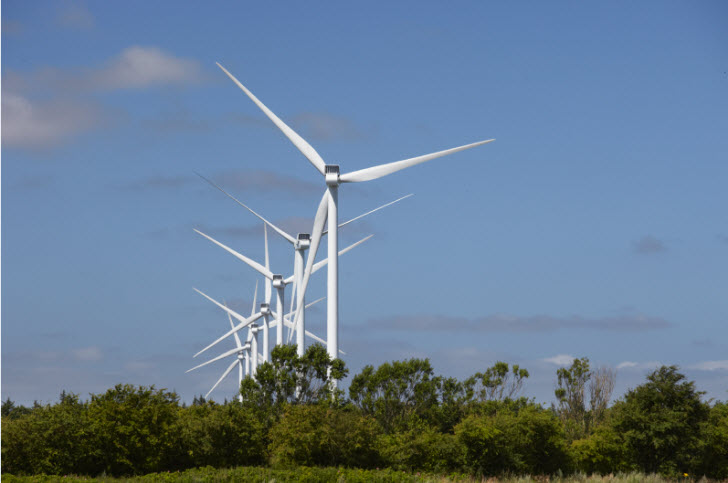 Danish electricity generation was greener than ever in 2020

CO2 emissions from Danish electricity generation reached an all-time low last year. In 2020, emissions were down 13 per cent from 2019, the previous record year.

At the same time, this has resulted in a record-low CO2 intensity for Danish electricity generation, which totalled 117 grams per kWh in 2020.

The fact that 2020 offered low electricity prices in the Nordic countries is also a contributing factor to the record-low CO2 level as Danish power stations generated less and we imported more electricity, including hydropower from Norway and Sweden.

This is the greenest composition ever, which is evident from the record-low value of CO2 intensity of consumption of an average Danish kilowatt hour, which was 122 grams per kWh in 2020. This is a decline of approximately 15 per cent relative to 2019.

The figure shows how an average kilowatt hour in the Danes' sockets was composed seen across 2020.