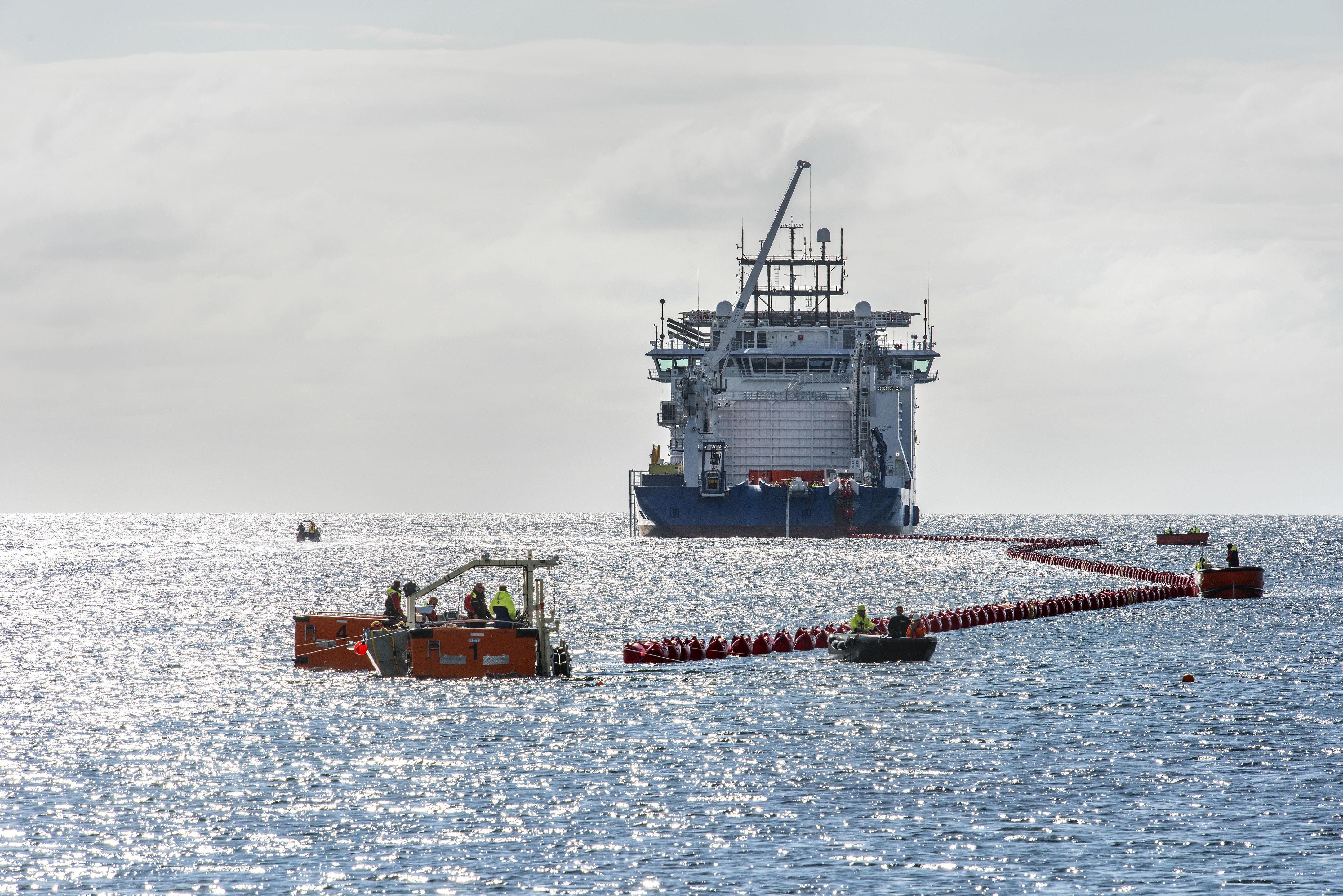 The Danish Minister for Energy, Utilities and Climate, Lars Christian Lilleholt, has approved that Energinet can invest in a power cable from Denmark to Great Britain and enhance the power grid to the German border

- This is really good news. Viking Link to Great Britain and an upgrade of the power grid in western Jutland will contribute to Energinet’s ability to adapt to the growing amount of wind energy, while maintaining the high security of supply at the same time. The two projects will yield significant socio-economic benefits in Denmark as well as in Great Britain and other neighbouring countries and make green transition more effective. These are the words by Energinet’s CTO, Torben Glar Nielsen, as a reaction to the approval by the Danish Minister for Energy, Utilities and Climate, which enables Energinet to invest a total of approximately 11 billion Danish kroner in an interconnector to Great Britain and an upgrade of the power grid between the city of Holstebro and the Danish-German border. On the other side of the border, German TenneT enhances the power grid, thus improving the exchange of electricity across the Danish-German border.

According to Energinet’s calculations, the socio-economic benefits for Denmark of Viking Link and the upgrades in western Jutland will, during their longevity of 40 years, give a socio-economic profit of approximately 4.7 billion Danish kroner (2017 index).

A way to more sustainable energy

- Interconnectors are a crucial foundation for the EU's internal energy market, and as an increasing amount of energy is produced where the wind blows and the sun shines, the demand for being able to transport electricity over long distances and across borders increases for energy to get to the consumers’ power sockets. By upgrading and connecting power grids across Europe’s borders, it becomes possible to make use of the weather-dependent energy from the wind and the sun in a much more effective way, said Torben Glar Nielsen.

- Viking Link will bring favourable trading conditions associated with market price differences between Denmark and Great Britain. This will give great benefits for the Danish socio-economy, said Torben Glar Nielsen.

Together with the British project partner, National Grid, Energinet has worked to prepare Viking Link since the signing of the cooperation agreement in 2014, and in 2015, Energinet’s board of directors approved the project together with a new interconnector across the Danish-German border. In March 2018, the parties behind Viking Link will take the final investment decision.

Viking Link will become Energinet’s largest cable to a neighbouring country. The capacity of 1,400 MW corresponds to 3-4 large-scale offshore wind farms. The high capacity gives rise to a need for extra reserves in the western Danish power grid in order to ensure a balance in the transmission system in case of a defect in Viking Link. The reserves can be obtained via the Danish-German border and through a closer operational cooperation with German TenneT.

The two interconnectors are on the EU’s list of infrastructure projects which are particularly important for the development of a common European electricity market – Projects of Common Interest. Based on this, Viking Link has received economic support from the Connecting Europe Facility programme for development of the project.

Viking Link will consist of a 630 km long submarine cable in the North Sea and approximately 140 km land cable, of which 75 km will be laid in Denmark between Blåbjerg and Revsing near Vejen, where a converter station will be built, and where Viking Link will be connected with the Danish power grid. Energinet expects the relevant authorities to give the environmental and planning permissions for establishment of the installations in Danish waters and on Danish territory in the beginning of 2018.

- We are very much aware that our projects will affect citizens, nature and local communities. Therefore, we prioritize the involvement of local residents and other affected parties when we have to decide on the final routing, etc., said Torben Glar Nielsen.