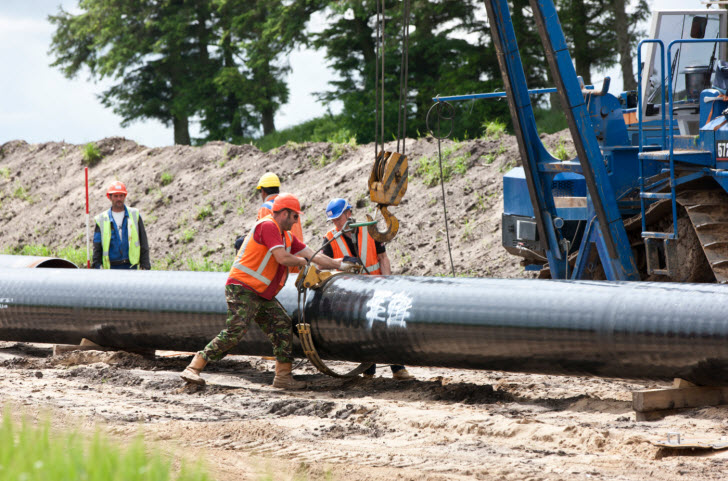 Final investment decisions for the baltic pipe project are made

The Polish and Danish gas transmission system operators: GAZ-SYSTEM and Energinet have both made positive investment decisions and agreed to implement the joint Baltic Pipe project. The pipeline will enable the supply of natural gas from Norway through Denmark to Poland and other countries in the region as well as reverse transmission from Poland to Denmark and Sweden. The investment decisions were announced in Warsaw on 30th November 2018.

- The construction of Baltic Pipe will not only benefit consumers in Poland and Denmark but will also be beneficial to both countries. The new gas interconnector will further strengthen and integrate the European gas market. Moreover, Baltic Pipe may contribute to achieving European climate goals, said Thomas Egebo, CEO at Energinet.
In both countries the dialogue with the many landowners and authorities will continue so that the Baltic Pipe project can be implemented with as little impact on people and environment as possible.

Thanks to the positive investments decisions, the Construction Agreement, concluded in November, also comes into force. It regulates the principles of cooperation and responsibilities of the parties for the individual project components till October 2022.

- The project to construct the Baltic Pipe gas pipeline is progressing as planned. We systematically monitor the progress of the works and the implementation of subsequent phases. The conclusion of the Investment decisions by GAZ-SYSTEM and Energinet opens a new chapter in our cooperation. – said Tomasz Stępień, President of GAZ-SYSTEM

Before the investment decision was made, Energinet signed an agreement with GASSCO (its Norwegian counterpart) regarding construction of the tie-in to the Norwegian gas pipeline Europipe II and a pipeline to the Danish west coast which will enable gas flow from Norway to Denmark and Poland.

The Baltic Pipe project is in line with the EU energy policy. Direct access of Eastern and Central Europe to gas deposits in Norway will improve the supply security by opening a permanent corridor for the delivery of gas while increasing the competitiveness and price pressure among gas suppliers. The pipeline is also embedded in the climate protection policy and the support for the Eastern and Central Europe’s efforts to decarbonize their economies and stabilize the energy supply systems in the situation of fluctuating delivery of energy from renewable sources.

The positive investment decisions made according to the schedule by both parties allows transition to the subsequent works including tenders for the potential contractors of the onshore and offshore pipelines, further engineering analyses or the submission of the Environmental Impact Assessment report as well as public consultations in the countries of the project’s location.