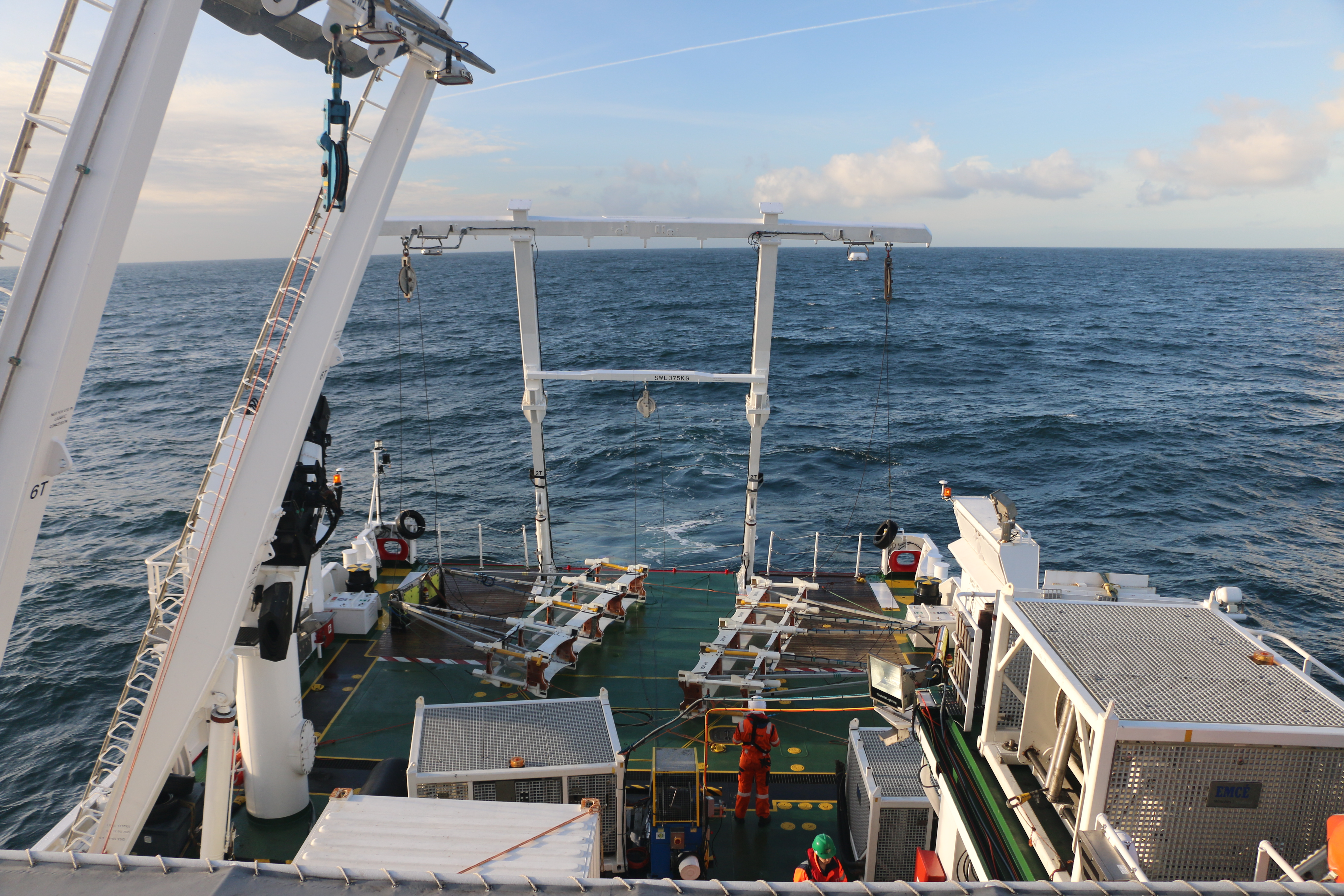 The seabed beneath the future energy island in the North Sea has to be thoroughly surveyed and mapped before work on building the island and the large offshore wind farms around it can commence. Energinet has just awarded survey assignments to two experienced marine survey companies, which are expected to set sail in the North Sea in May.

The two companies are Fugro and MMT. Their ships are loaded with seismic equipment to meticulously map the seabed under the more than 1,000 km2 area in the North Sea where the artificial energy island and 3 GW of wind farms are to be built.

The geophysical studies have to cover a very large area, and it’s important that they meet the time schedule. We are therefore pleased that two very experienced and professional companies, Fugro and MMT, will be performing the surveying in the North Sea

Together with other preliminary studies, the aim of the geophysical mapping of the seabed is to allow construction of the North Sea energy island, the surrounding offshore wind farms and seabed cables in a technically feasible manner that gives maximum consideration to nature and the environment.

Surveying to a depth of 100 metres into the seabed
The North Sea is relatively shallow – even 80-100 kilometres out at sea, where the artificial island and offshore wind farms are to be built. In the area to be surveyed, the sea is 25-50 metres deep. The relatively shallow sea depth and good wind conditions are what make the North Sea an ideal location for offshore wind farms, and now also an artificial energy island. A third important factor is that the seabed must be suitable for laying foundations for the around 200 offshore wind turbines initially planned, and the artificial island.

Each wind turbine will be an impressive edifice, with an expected height above sea level of up to 260 metres – taller than the pylons of the Great Belt Bridge. An artificial island will also be constructed. So, it easy to see why the surface of the seabed and the underlying layers (in which the foundations will be laid) need to be thoroughly surveyed and mapped.

Specialised ships from the two marine survey companies will therefore begin work in May, surveying and mapping the surface of the seabed and the geological layers underneath to a depth of 100 metres below the sea floor.

Ice ages, sea battles and boulders
The geophysical conditions on and below the seabed surface bear the marks of the region’s geological history, as well as past human activities.

Sand banks, reefs created by marine life and boulders are examples of geological elements that the ships from Fugro and MMT have to meticulously map.

But the ships are also expected to encounter shipwrecks in the region from the largest naval battle in history – the Battle of Jutland in 1916 and have to identify unexploded ordnance (mostly bombs and mines from World War II).

The man-made conditions on the seabed to be mapped also include existing submarine cables and pipelines, and more recent impacts such as waste, fishing equipment, grooves in the seabed from ship anchors, etc.

The geophysical surveys and subsequent drilling samples will be used to produce a detailed digital map of the seabed and underlying geological layers throughout the area under the future artificial energy island in the North Sea and surrounding offshore wind farms.

Energy island in the North Sea

The geophysical studies in brief

The geophysical studies will map the seabed to a depth of 100 metres below the sea floor. The studies will begin in May 2021 and be completed by September 2022.

The mapping will be used as a basis for: