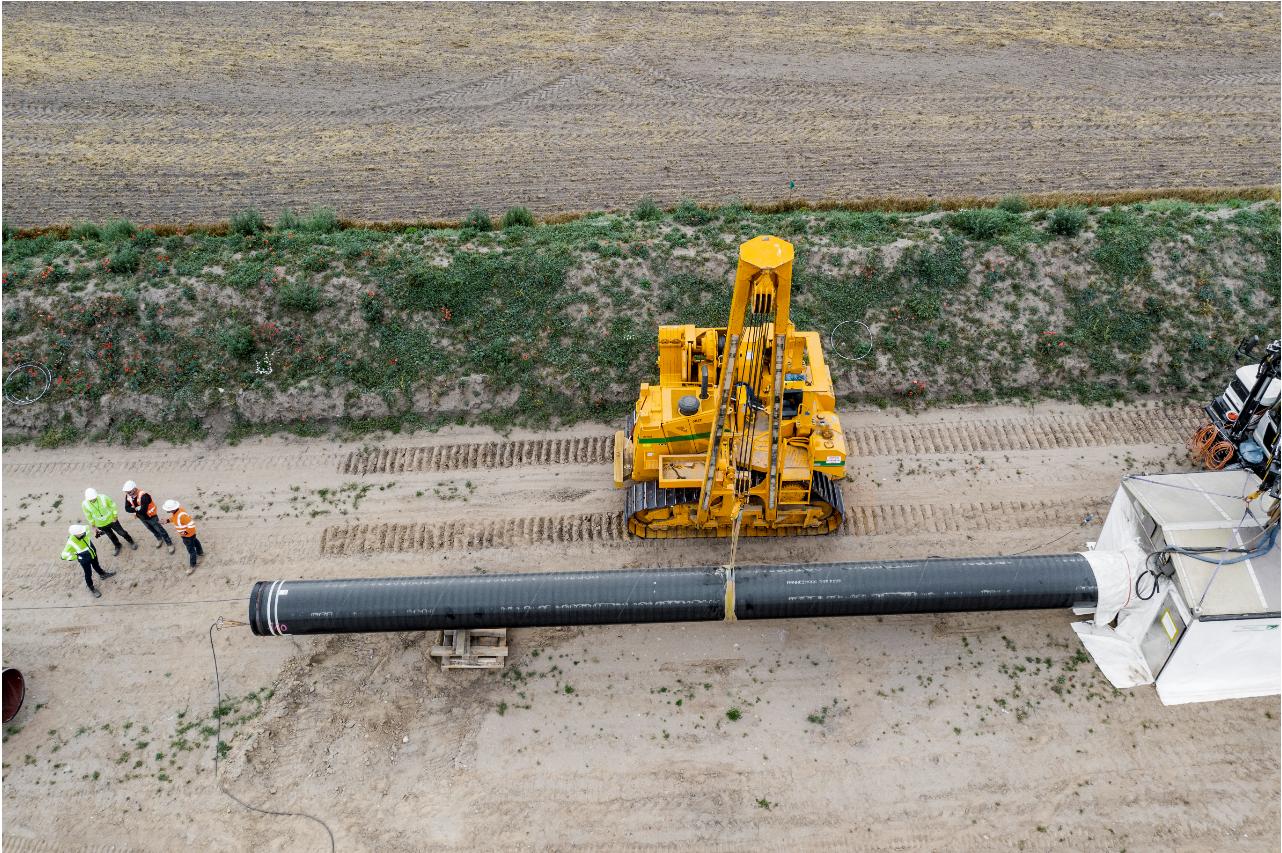 The construction of the Danish part of the Baltic Pipe Project is expected to increase in cost to 1.1 billion euro. The increase is primarily caused by the partial suspension of construction while a new environmental permit is processed. Danish gas consumers are still set to save 270 million euro on tariffs.

The budget for the Baltic Pipe Project has been revised after construction costs have increased by nearly 135 million euro. The increase in cost is driven by a number of factors: The primary cause, already announced in July, is the estimated cost of 80 million euro due to the partial halt to construction while a new environmental permit is being issued by the Danish Environmental Protection Agency. Design changes on the complicated tie-in from the existing Europipe II pipeline in the North Sea into the Nybro Terminal have also increased cost. High demand for construction contractors has also added to the rising cost of the project.

”We have been forced to revise the budget, due to a number of unforeseen costs, not least stemming from the consequences of the repealed environmental permit. The temporary halt to construction has meant a lot of extra claims from the contractors who were already working the onshore pipeline at the time. We also have to acknowledge that the integration of Baltic Pipe into the existing Nybro Terminal is extremely complex and costly”, says Torben Brabo, director of International Relations in Energinet.

Despite the substantial increase in capital expenditure, Baltic Pipe will still yield a 270 million euro saving on tariffs for Danish gas consumers. The cost of construction is shared by all consumers who receive gas via the pipeline from producers in Norway, across Denmark and the Baltic Sea to Poland. Danish gas consumers make up a small minority of this group, while all tariffs go towards lowering the cost of running the Danish transmission system. Because Baltic Pipe is a long-term investment, the increased cost will affect tariffs in Denmark and Poland marginally.
“The economic model for Baltic Pipe is constructed in a way that those who use the pipeline pay for it through tariffs. The budget increase is therefore partly paid by the Danish consumers, who can already look forward to savings, because a much larger group of consumers will contribute to the Danish transmission system. The benefit for consumers in Denmark will be a tariff saving of 270 million euro”, says Torben Brabo.

The capital expenditure for the Danish part of Baltic Pipe is now estimated at 1.1 billion euro. The project budget is adjusted continuously to reflect the actual cost as construction proceeds. Energinet revised the budget once in 2020 with an increase of a little under 80 million euro after most of the major tender contracts were awarded at a higher cost than initially expected.

“Forecasting construction cost in large and highly complex projects is extremely difficult. We are dealing with very specialised competencies and processes, specially designed equipment and very strict standards for safety and operational stability. At the same time, we are procuring in a market of large-scale construction which is in demand at the moment, rising commodity prices, and of course the COVID-19 pandemic -all things that have had an impact on the budget”, says Torben Brabo.

The financial consequences of the partial construction stop after the repeal of the environmental permit for the Baltic Pipe Project are still uncertain. Energinet is engaged in ongoing negotiations with contractors regarding revised time schedules for construction and additional cost generated by the delay.

“The contractors working on the pipeline are of course entitled to remuneration for costs related to the delay. But we also have an obligation to minimise the cost of the project and make sure that the gas consumers do not pay more than absolutely necessary for the temporary delay while a new permit is being processed”, says Torben Brabo.

Baltic Pipe is expected to be able to deliver part of the agreed upon capacity on the original operation date 1 October 2022 by utilizing parts of the existing transmission system until 1 January 2023 where all parts of the project will be operational and deliver the full capacity of 10 BCM.

The Baltic Pipe Project is financed like other Energinet projects by tariffs paid for transportation of the gas used by consumers and companies. Thus, Danish taxpayers do not pay for the construction of Baltic Pipe.

Baltic Pipe reduces tariffs for Danish consumers by 270 million euro contributing to the integration of renewable energy sources like biogas into the Danish transmission system.

Natural gas is an important steppingstone in the Polish transition towards green energy, while being a stable energy source supporting wind and solar energy. Baltic Pipe will reduce carbon emissions as Poland shifts from coal to gas, because natural gas emits approximately half the amount of carbon dioxide compared to coal.

Baltic Pipe will contribute to the integration of European energy markets, increasing trade and creating more competition on the European gas market. Baltic Pipe is supported by the European Union and is included on the list of Projects of Common Interest.