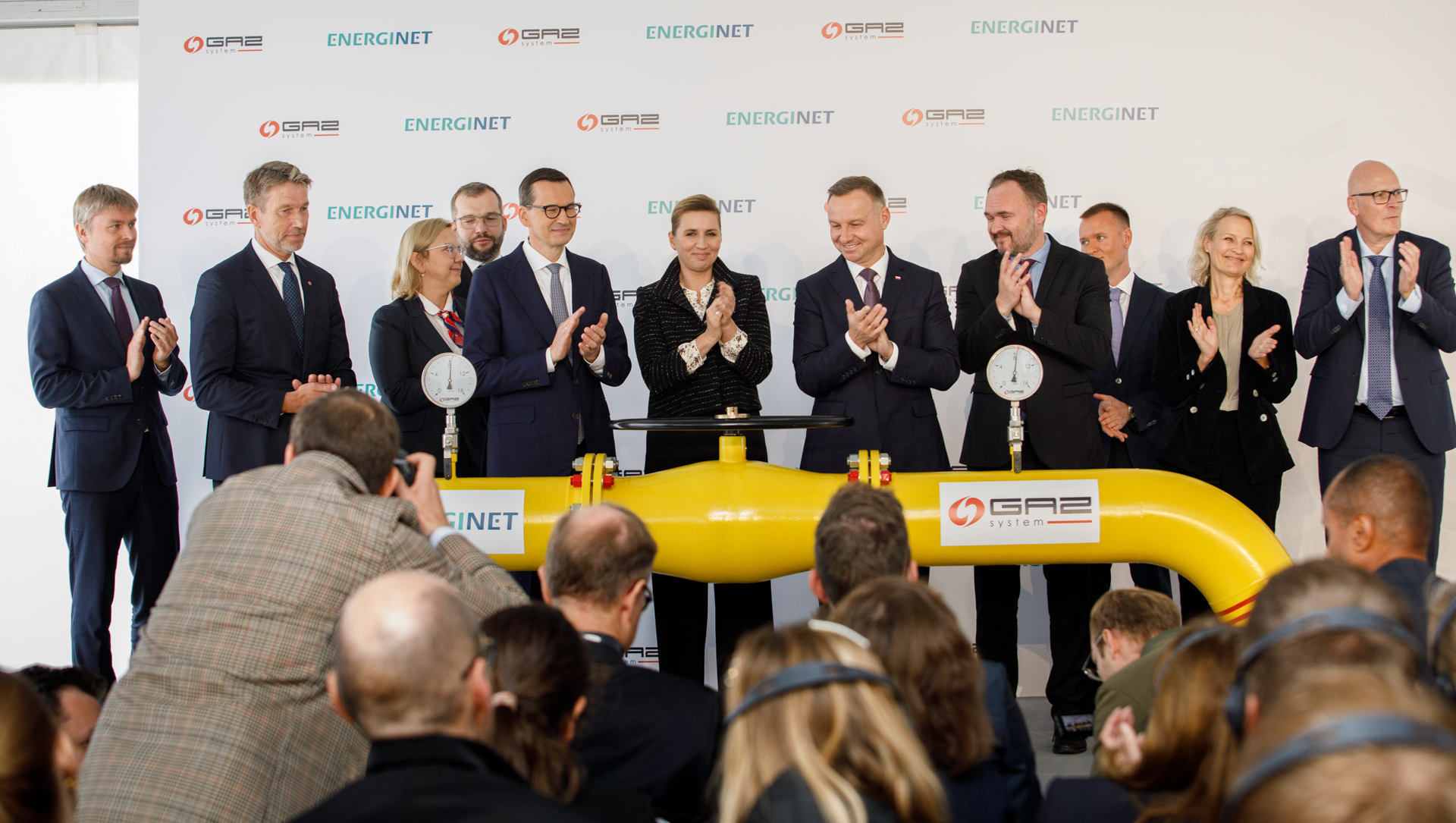 The valve has been turned on Baltic Pipe

On Tuesday, the Polish president and the prime ministers from Denmark and Poland performed a symbolic opening of the Baltic Pipe gas pipeline, which connects Denmark, Poland, and Norway.

On Tuesday, the Baltic Pipe gas pipeline was officially declared open at a press conference at the compressor station in Golienów near Stettin in Poland. Poland’s President Andrzej Duda, Mette Frederiksen, Danish Prime Minister, and Mateusz Morawiecki, the Prime Minister of Poland, performed the symbolic opening by turning a gas valve.

The inauguration was carried out under considerable attention by, in particular, Polish media.

“It is a great pleasure for us at Energinet to celebrate – together with our good colleagues from Gassco and GAZ-SYSTEM – that gas very soon can be sent from Norway through Denmark to Polish consumers. Baltic Pipe is a large, common achievement. It has been an unusually complex construction project and we have only come this far because everyone involved has delivered huge efforts and worked together to achieve the goal. It shows how much we are capable of in Europe when we collaborate across borders,” said Thomas Egebo, CEO of Energinet.

In response to questions from the media, Thomas Egebo insured that Energinet will concentrate on achieving capacity in Baltic Pipe scaled up to the maximum level, i.e. 10 billion cubic meters a year. Baltic Pipe will enter into operation on 1 October with reduced capacity and will gradually increase capacity to the maximum towards the end of November.

Energinet and Polish gas transmission system operator GAZ-SYSTEM were granted EU funds in 2015 to start the preliminary studies for a Danish-Polish interconnection. Baltic Pipe received its EIA permit in 2019, and construction work began at the end of 2019.

Energinet has laid 105 km gas pipeline in the North Sea and 210 kilometers gas pipeline across Denmark. A completely new compressor station has been erected at Everdrup in south-east Zealand. To this should be added the expansion of the receiving terminal for gas in Nybro near Varde.

Baltic Pipe will have a capacity of up to 10 billion cubic meters of gas per year. Eighty per cent of the capacity has already been sold for the first 15 years with a view to transit to Poland and Eastern and Central Europe.