Energinet and Gasunie publish a technical pre-feasibility study for transporting hydrogen via a 350-450 km pipeline from Esbjerg or Holstebro in Denmark to Hamburg in Germany. The study shows that such a connection can be established in a stepwise and cost efficient fashion by repurposing existing gas pipelines. With this study Gasunie and Energinet want to initiate a market dialogue and unlock the export potential for green hydrogen from Denmark to demand centers in Germany.

Denmark has an abundance of renewable energy sources, particularly offshore wind, which can be utilized for production of green hydrogen. Demand for hydrogen is relatively limited in Denmark however.  Germany on the other hand foresees a significant demand potential for hydrogen (e.g. in the steel- and chemical industry) which is higher than the targets for renewable hydrogen production in Germany. As a result, Germany will need to import large volumes of hydrogen.

The study shows how hydrogen transport capacity from Denmark to Germany can be developed in a stepwise approach. In doing so, the capacity of the network can be increased over time in response to developing market needs. The first stage of the network could be realized without pipeline compression. Pipeline compressors constitute a large cost parameter, building a network initially without compressors reduces both the up-front investment and the operational costs. Furthermore, about 50-60 % of the connection can be realized by repurposing existing gas pipelines, resulting in significant cost savings.

“Our joint analysis indicates that 10-25% of the future German hydrogen demand can be imported via this envisaged network between Denmark and Germany. The connection from Denmark is an important element of project HyPerLink – the hydrogen backbone which Gasunie is developing in North Germany” - Jens Schuman, CEO of Gasunie Deutschland.

“Building a hydrogen infrastructure between Denmark and Germany can be done if the market demands it. And we see many prospects for a connection to Germany both when it comes to supporting national PtX demand in Denmark and in supporting Germany’s import needs. Still many questions are left unanswered, which merit further analysis” – Torben Brabo, CEO of Energinet Gas TSO
In order to develop the initiative further, Energinet and Gasunie wish to initiate a market dialogue and receive clear signals from the market regarding the potential for a German-Danish hydrogen network. Towards that end, Gasunie and Energinet will hold an open webinar on May 25. During the webinar the key results of the study will be presented, followed by a Q&A session.

Registration for the webinar can be done here. 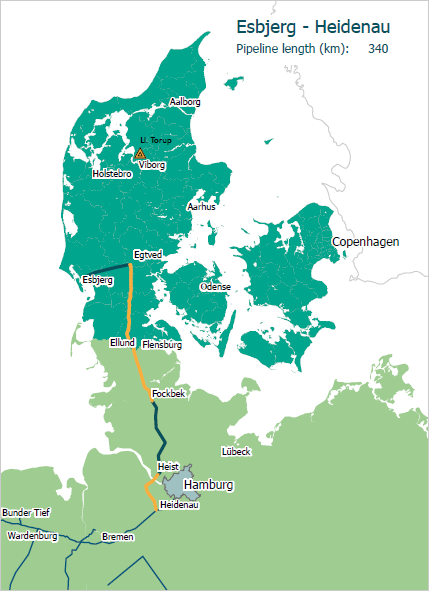 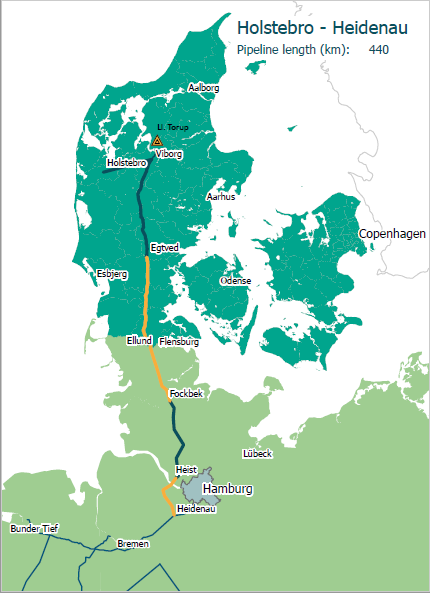