The preliminary studies for the Energy Island in the North Sea focus on birds, fish, plant life, marine mammals and even bats. The studies will form the basis of a strategic environmental assessment of the project 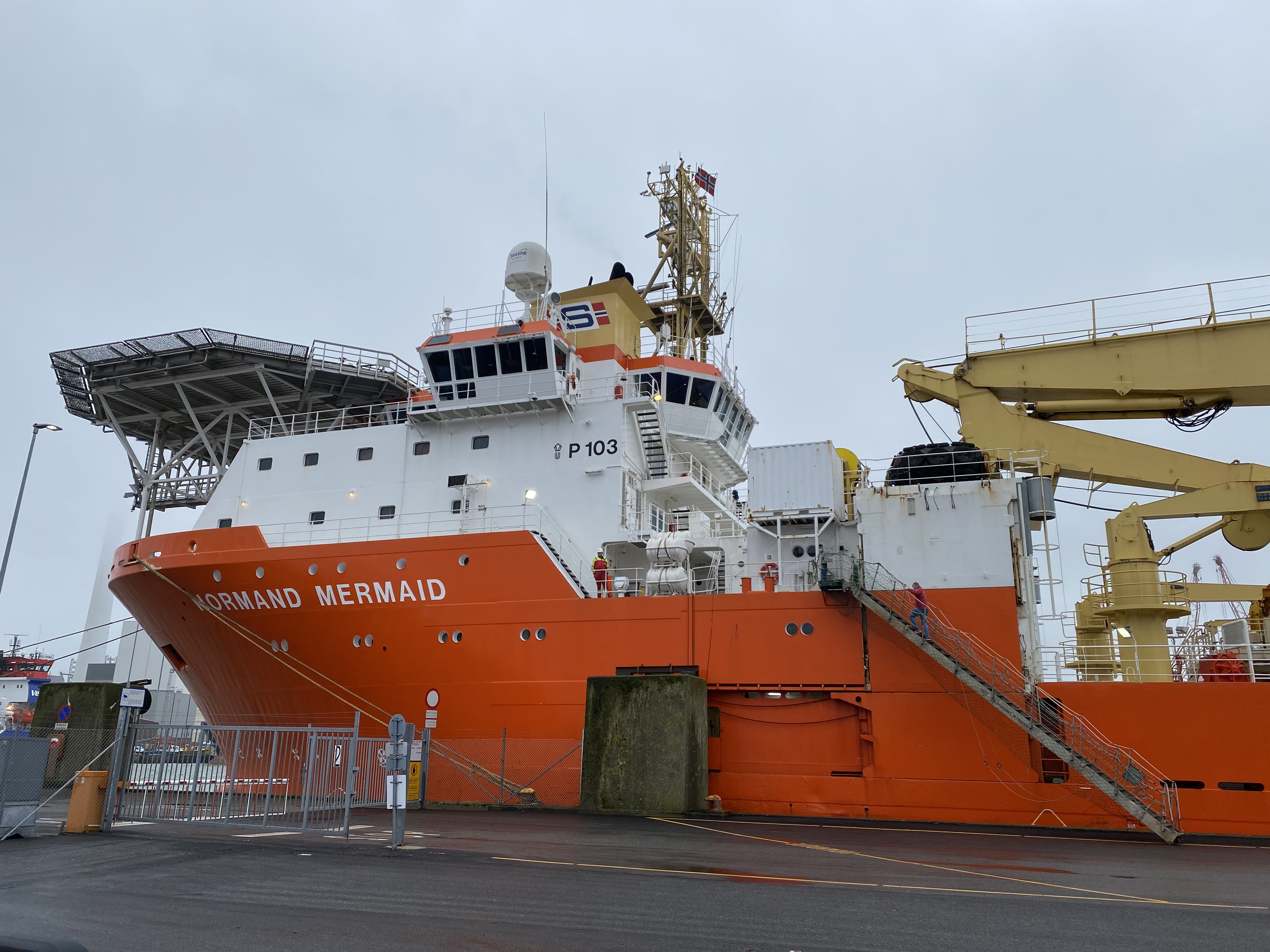 Ship after ship are currently setting out into the North Sea, sometimes supplemented by aeroplanes. The environmental studies for the North Sea Energy Island are, in fact, well under way, so that flora and fauna can be mapped before the energy island is to be constructed. A huge area, approx. 1,000 square kilometres, needs to be studied. And there is a lot of life to be mapped: Marine mammals, fish, birds, plant life, seabed animals – why, even bats. It is therefore a giant undertaking that is now being performed.

“It’s the biggest project in which I’ve participated, and there are many parties involved with different competences," says Maria Wilson from the firm of consulting engineers NIRAS. She is a biologist and technical coordinator for the fieldwork for which NIRAS is responsible together with a network of subcontractors and advisers, including Aarhus University.

Video recorder on the seabed
The first fieldwork began in November 2021. Part of the work will last for a year, part of it for two years. The seabed is being studied to map any life. If the seabed is soft, it is possible to take seabed samples. In places where the seabed is stony, an ROV (remotely operated underwater vehicle) is used instead.

“We send down a small video recorder. It moves around on the seabed, filming, so that we can get a picture of what lives on the stony bottom from which it is impossible to take samples. In this way, we get several hundreds of samples and films that need to be studied for species,” says Maria Wilson.

Fishing industry helps with fish
“Regarding fish, we will get a helping hand from the fishing industry, which has data we can collect. But we also conduct specific fish surveys, which are performed in spring and autumn. This is done in more or less same way – we study what the seabed looks like and establish sampling stations. On a soft seabed, we sail out, perform trawling and see what we catch. In more stony areas, we will put out nets and leave them overnight.”

The marine mammals are localised in different ways. One method that is used is that especially whales locate and capture their prey by emitting sounds in the sea and listening to the echo. Up to 20 listening stations are currently positioned in the North Sea and record sounds from the whales. Aarhus University’s section for marine mammals is responsible for capturing seals, porpoises and dolphins and fitting them with GPS transmitters. The mammals are also observed from aircraft, where people on board the planes register what they can see in the sea.

“Together, this provides a really good picture of how the marine mammals move out of and into the area – what the seasonal variation is, and whether there are places with particularly high activity,” says Maria Wilson.

Birds are observed and counted
Birds are also observed from aircraft. The area is flown over six times a year, with staff observing and counting birds in the area. “In addition, we always have a bird watcher on board when vessels sail in the area. We use all possibilities for getting out there,” says Maria Wilson.

Sea bats
And then there are the bats. Are they really found out at sea?

“Yes, people on drilling platforms have seen them. We don’t know whether they’ve flown there or been transported out to sea because they had been relaxing on a ship and suddenly found themselves 100 kilometres out into the North Sea. We don’t expect heavy bat activity, but we need to examine this, because they are a so-called Annex IV species, which are protected everywhere like whales. Here we use the stations for the marine mammals. We install listening equipment on the marker buoy, and it captures the sounds from any passing bats,” says Maria Wilson.

What the findings of the reports will be cannot be predicted. Nor whether the studies may ultimately become an obstacle to the North Sea Energy Island.

Maria Wilson says: “I would be surprised if there are findings that stop the process. We are now trying to identify whether special considerations need to be taken. There may be times during the year when, for example, whales swim through the area. We don’t know this, but we’re studying it, and it may be that you need to refrain from noisy activities at such times.”

See also the video which shows how seals are captured and fitted with a GPS, which can reveal their patterns of movement. Click on CC for subtitles.