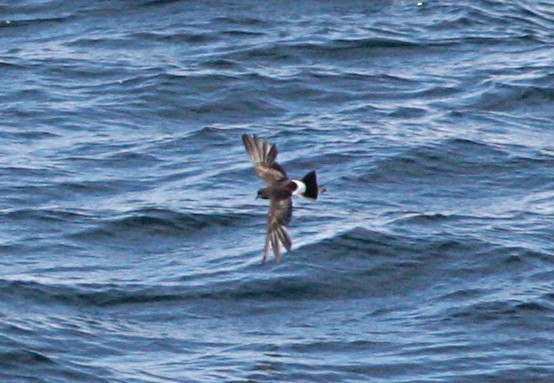 On 20-21 May, people from Aarhus University and NIRAS, responsible for conducting the environmental studies for the Energy Island in the North Sea, set off from the Danish West Coast on board the 42-metre-long vessel MV Skoven. The purpose was to study the environment in and around the site where the energy island is planned to be established. Seabird observer and photographer Troels Eske Ortvad was also on board the vessel, and the mission was clear to Ortvad: he was to measure the flying height of the birds and count birds between buoy positions.

But something extraordinary happened on board MV Skoven on 21 May. Seabird photographer Ortvad had positioned himself well in his ‘observation box’ on top of the wheel house, where he could get the best views of the birds on all sides. To be able to determine the species of the observed birds, Troels Eske Ortvad uses a camera with a telephoto lens, which makes it possible to zoom in quickly on the agile birds.

Ortvad was in his normal position, ready to register the usual species such as Fulmar, Gannet and Kittiwake with a camera next to him to (hopefully) document one of the rarer species, such as Arctic Skua. On this particular day, luck would turn out to be on Ortvad’s side.

For one thing, the weather conditions were perfect and, at some point during the morning, Troels Ekse Ortvad suddenly spotted the rarer Arctic Skua chasing a Kittiwake in the horizon. He promptly pulled out his 300-mm telephoto lens in the hope that the Arctic Skua would come close enough so he could catch it on his lens. However, it turned out that Ortvad had not only won an Arctic Skua prize with this decision; he had hit the bird watcher’s jackpot.

Out of the blue, the same Arctic Skua appeared only 100 metres from Ortvad and his camera lens. This time, it was not chasing a Kittiwake, but a small black bird, which, to the seabird observer’s great surprise, looked like a Storm Petrel. He quickly snapped five pictures of the chase between the large bird and the small bird to check whether he had caught one of the two domestic Storm Petrels on his camera lens. However, it turned out quite extraordinarily to be another Storm Petrel. 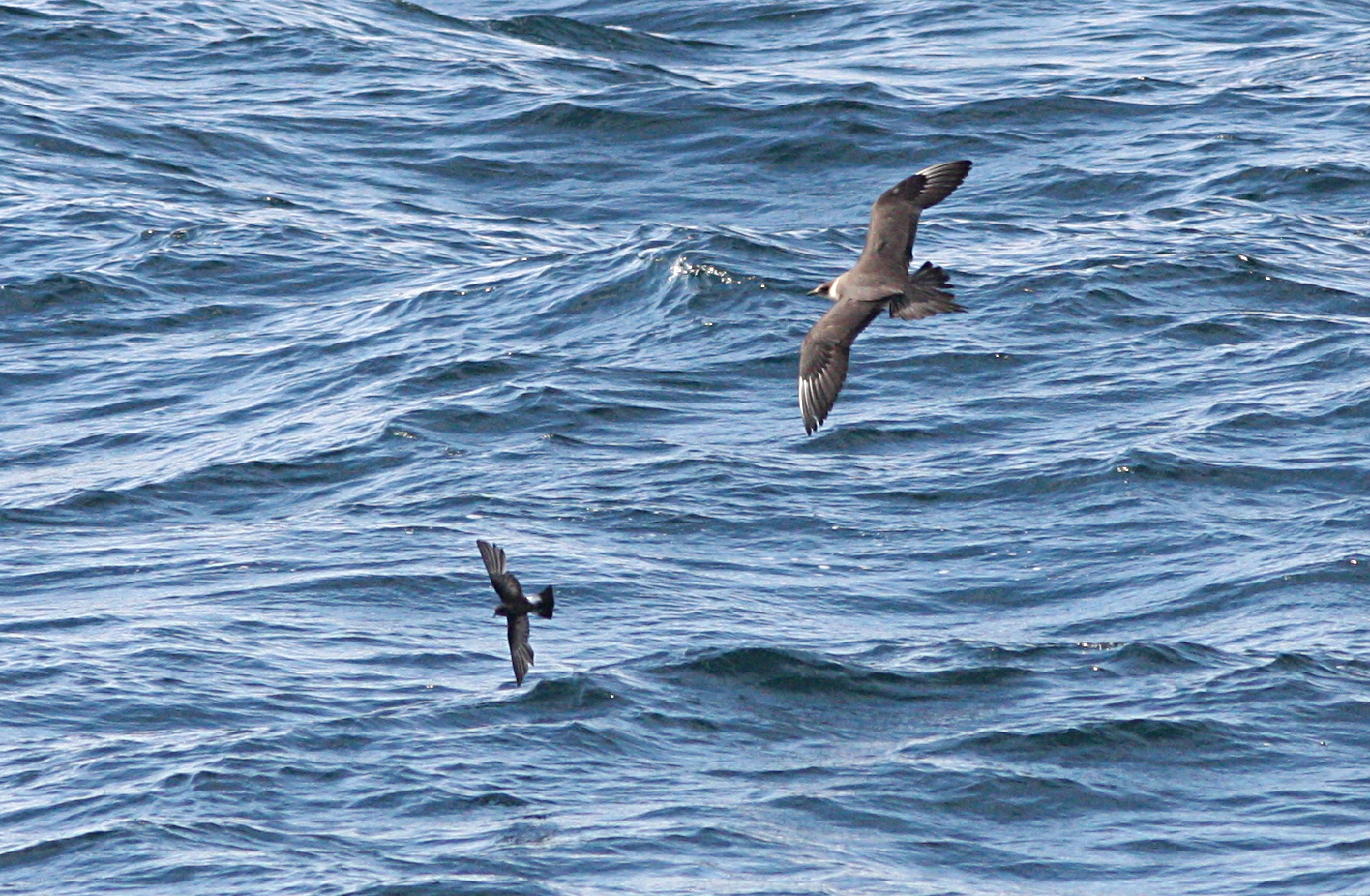 Never before documented in Danish waters
Troels Eske Ortvad himself describes the discovery as follows: “ To my great surprise, however, I could see right away that it was not just a Storm Petrel, but that I had, without knowing it, caught a Wilson’s Storm Petrel on camera!”.

A storm petrel from Australia that has never previously been seen in Danish waters.

“So far, I have seen one Storm Petrel from a ship in the North Sea when I was at sea for several months as a bird and marine mammal observer,” says Ortvad.

21 May 2022 turned out to be a historic day for the environmental studies of the area designated for the Energy Island in the North Sea.  It also turned out that the Energy Islands as a project is so exciting that it can attract interest even from birds from as far away as Australia.

Here you can see the happy bird and marine mammal observer Troels Eske Ortvad after the very surprising documentation of a Wilson's Storm Petrel: