In search of locations for 70-metre deep holes

Two special-purpose vessels, Relume and Pioneer, are scanning a vast area of the North Sea to provide accurate imaging of the seabed – and what lies beneath it. The seabed under the future energy island and a series of new offshore wind turbines is being mapped.

Using the same procedure, two vessels are currently scanning some 1,050 square kilometres of the North Sea seabed – an area about twice the size of the island of Bornholm – 80 kilometres off the coast.

The vessels are not just measuring the depth of the sea; they are scanning the subsoil down to 100 metres below the seabed. The purpose is to obtain accurate data about the soil layers. This will give potential tenderers for the contract to install the offshore wind turbines that will surround the future energy island the best impression of what awaits them.

Similar operation at the island of Bornholm in the Baltic Sea
In addition to scanning the subsoil, the vessels are also searching for debris, mines, waste or anything else that could be in the way of later preliminary surveys and the actual wind turbines.The vessels are expected to be operating in the North Sea area until September or so.

This summer, a similar operation is scheduled to take place at the island of Bornholm, designated by the Danish Parliament as Denmark’s second energy island. Here, the plan is to survey some 550 square kilometres of the Baltic Sea seabed to provide the best possible basis for the future offshore wind farm foundations.

Next year, other special-purpose vessels will perform geotechnical surveys. Jack-up vessels that stand on legs on the seabed will be drilling 70-metres holes to give us even more knowledge about the nature of the soil layers.

In dialogue with fishermen
Jens Colberg-Larsen explains that the work of mapping the vast area disturbs the fishing vessels with nets in the area.
- But our cooperation with Danish fishermen is good, and we try to coordinate our work with the fishermen in the best way possible. We can make arrangements not to sail where their nets are set on some days – and in return they will fish elsewhere the following week, so we can come back and do our job. We understand and respect that this is their occupation, say Jens Colberg-Larsen.

Figure 1: Graphic representation of seismic measurement data from the North Sea seabed, May 2021. From the vessel Relume.

Figure 2: Graphic representation of sonar data measuring water depths in the North Sea, May 2021. From the vessel Relume.

The water depth can be measured with a high degree of detail: a point density of 10-100 points per square metre. The North Sea is one of the shallowest bodies of ocean in the world, making it especially suitable for offshore wind turbines.


Figure 3: Graphic representation of side-scan sonar data, imaging the surface of the North Sea, May 2021. From the vessel Relume. 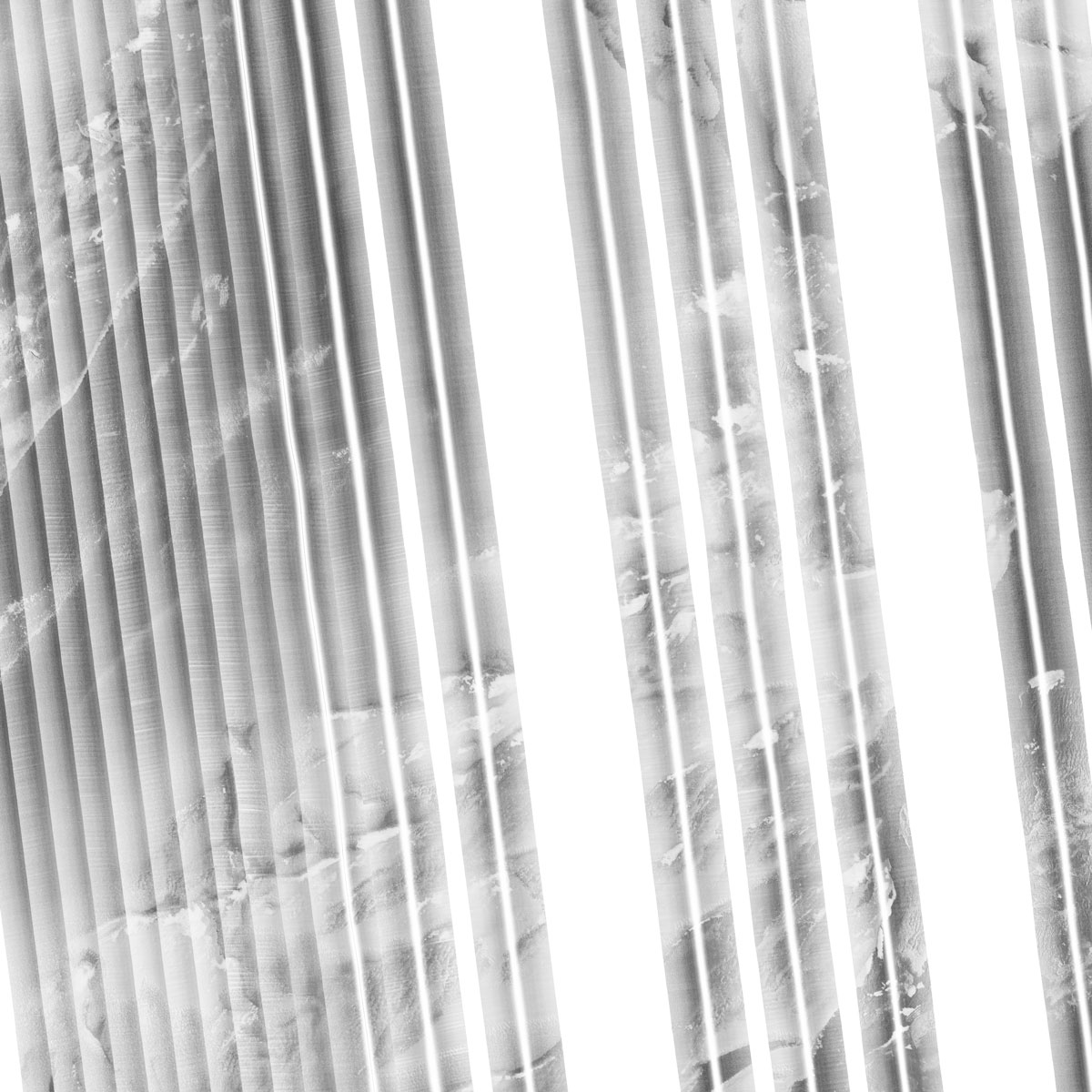 A side-scan sonar is a torpedo-like sensor towed behind the vessel 5-10 metres above the seabed to map the seabed. It typically uses two sound frequencies – one for seeing far away (100 kHz) and one for seeing close-up details (1,000 kHz). The side-scan sonar is employed to detect sandbanks, the geological composition of the seabed and the like as well as objects such as wrecks, rocks or reefs. This image shows the long paths systematically followed by the vessel – to survey the entire area and provide coherent imaging.

Get the latest news on energy islands