Far out in the North Sea, Energinet’s first vessel is sailing towards the first energy island.

The vessel will explore the seabed and study marine wildlife and the environment in the area where the energy island will be located to enable Energinet to establish the island with as little impact on its surroundings as possible.

As is the case for onshore construction projects, Energinet must also ensure that the establishment of the energy island takes account of anything of potential historical value. That’s why, in carrying out these preliminary preparations for the energy islands, Energinet has joined forces with the Sea War Museum Jutland, located in Thyborøn. The museum has been studying the North Sea seabed in the area and collected ammunition, wreckage and other objects that have sunk to the bottom after naval battles and shipwrecks down through history.

The museum uses robots and topographical scans to explore the seabed, using some of the same methods as Energinet will be using working with the energy islands. The museum’s scans have greatly helped Energinet’s feasibility studies as they provide an initial overview of what exists out where the energy island will be located.

“There are thousands of wrecks in the North Sea, but the most exciting are probably those from the Battle of Jutland – the world’s biggest naval battle – which took place close to where the energy islands will be built,” says Gert Normann Andersen, Director of the Sea War Museum Jutland. 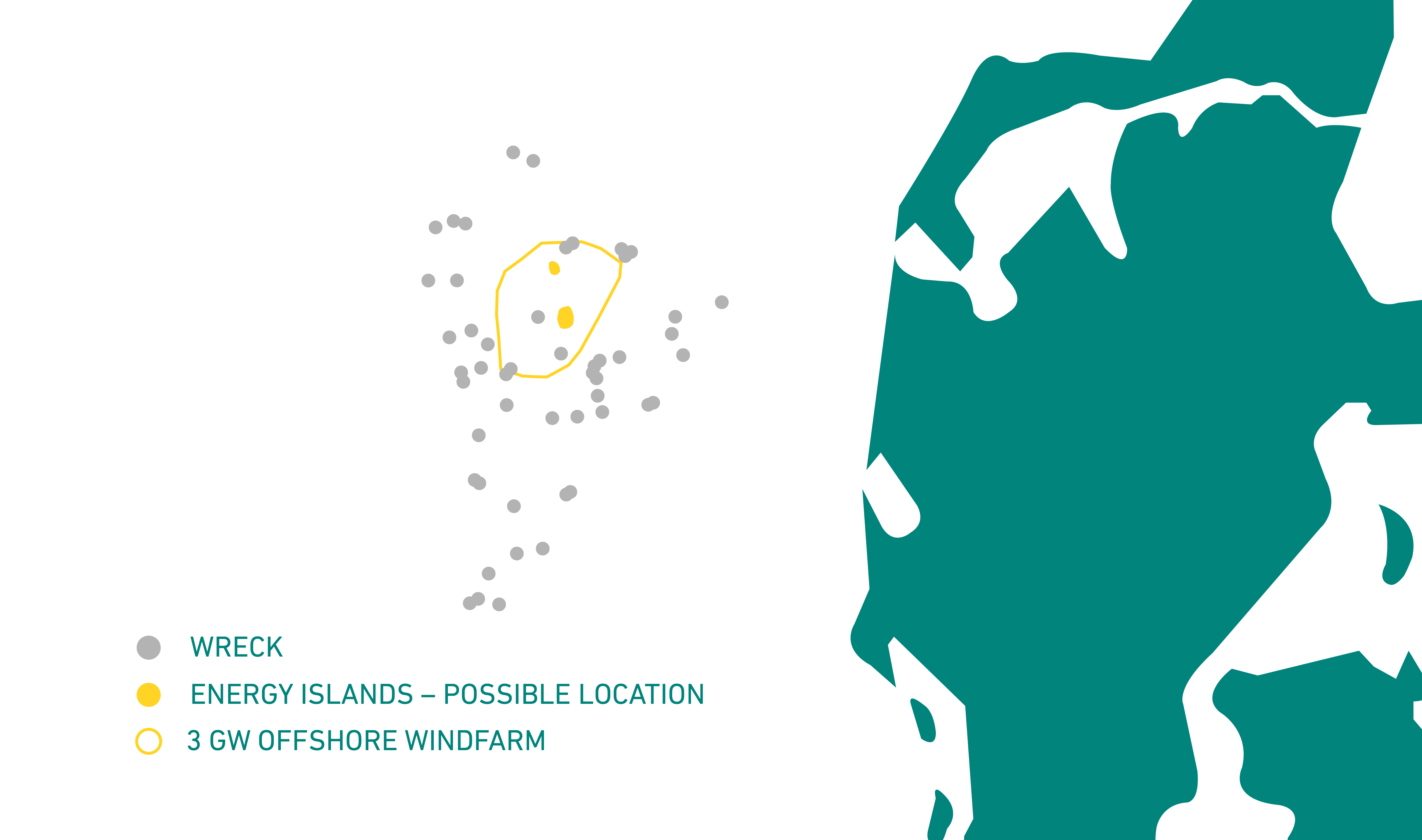 The Battle of Jutland was fought between Britain and Imperial Germany off the west coast of Jutland in 1916. Part of the battle took place very close to the area Energinet is exploring as part of the energy island in the North Sea. Energinet’s vessel may therefore find objects on the seabed that require further investigation and perhaps have to be salvaged and preserved at the museum before the energy island can be built.

See and hear more from the museum in the video below (for subtitles, press "CC").

Get the latest news on energy islands

The Battle of Jutland