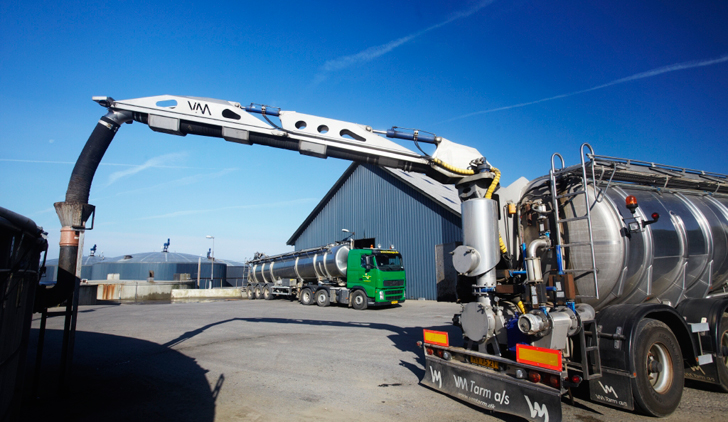 Energinet enters into agreement with the German DENA certificate register. Already in in October, Danish biogas producers sold biomethane certificates to German customers through a transparent and reliable system. Danish Nature Energy has entered into an agreement with German car manufacturer Audi on the delivery of biogas certificates for approx. 10,000 gas-powered vehicles.

On 1 October 2017, it became possible to transfer biomethane certificates from Denmark to Germany. At this time, Energinet entered into an agreement with the owners of the German certificate register Deutsche Energie-Agentur (DENA), and Energinet received the first requests for transfers already a few days later.

A future independent of fossil fuels must be based on different types of renewable energy. Biomethane, which is biogas upgraded to natural gas quality and injected into the gas grid, is an important source of renewable energy. Energinet is therefore pleased that the Danish biogas producers now have the opportunity to sell their certificates to German customers:

- The agreement with the German certificate register DENA lays the foundation for reliable and transparent cross-border trade in biomethane certificates. This creates better framework conditions for the green gas market and paves the way for trade in an increasingly integrated European market via the gas grid, says Jeppe Danø, Director of Gas System Operator in Energinet’s TSO Gas.

This was stated at Energinet’s Green Gas Forum, which was held on Tuesday 31 October 2017. At the forum, under the heading ‘Danish biogas can compete in Europe’, Jonas C. Svendsen described Nature Energy’s views on the perspectives for Danish biogas.

In the first eight months of 2017, Energinet has issued the same number of biomethane certificates as the Group issued all of last year. Last year, Energinet issued a total of 960,000 certificates.

- The expectation is also for more biogas plants to be connected to the grid in the last six months of 2017, so the development in certificates issued may increase further. This means that the market is starting to look abroad to sell the certificates.

At this time in 2017, approximately half (48%) of the Danish biomethane certificates have been sold in Sweden, 38% in Denmark and 14% in Germany.

Gas certificates for biogas from the gas grid

The certificate for upgraded biogas documents each time 1 MWh biogas has been upgraded and injected into the gas system. Energinet issues certificates in the form of biomethane certificates, which can ultimately be sold to consumers.