The Baltic Sea energy island will serve as a hub for a large volume of offshore wind power, and some of this green electricity needs to be exported to other countries.

In December 2020, the Danish and German governments signed a declaration regarding collaboration on the energy island and the expansion of offshore wind power in the Baltic Sea region. Based on the political agreement, Energinet and German TSO 50Hertz entered into an agreement in January 2021 to conduct studies to determine whether it is possible and beneficial to build the interconnection between the two countries. What has happened since?

“Our collaboration has been both excellent and efficient. We’re pleased to see that it will continue, as our work has shown positive results,” notes Anne Hommelgaard Falcon, Energinet’s coordinator for the progress of the collaboration.

There is a joint steering committee, working groups and project management, which have investigated the technical, market-related and regulatory aspects of the challenge. The conclusion is that it makes perfect sense to look further into the possibility of connecting Germany to the Baltic Sea energy island, so that the green offshore wind power can be shared internationally. 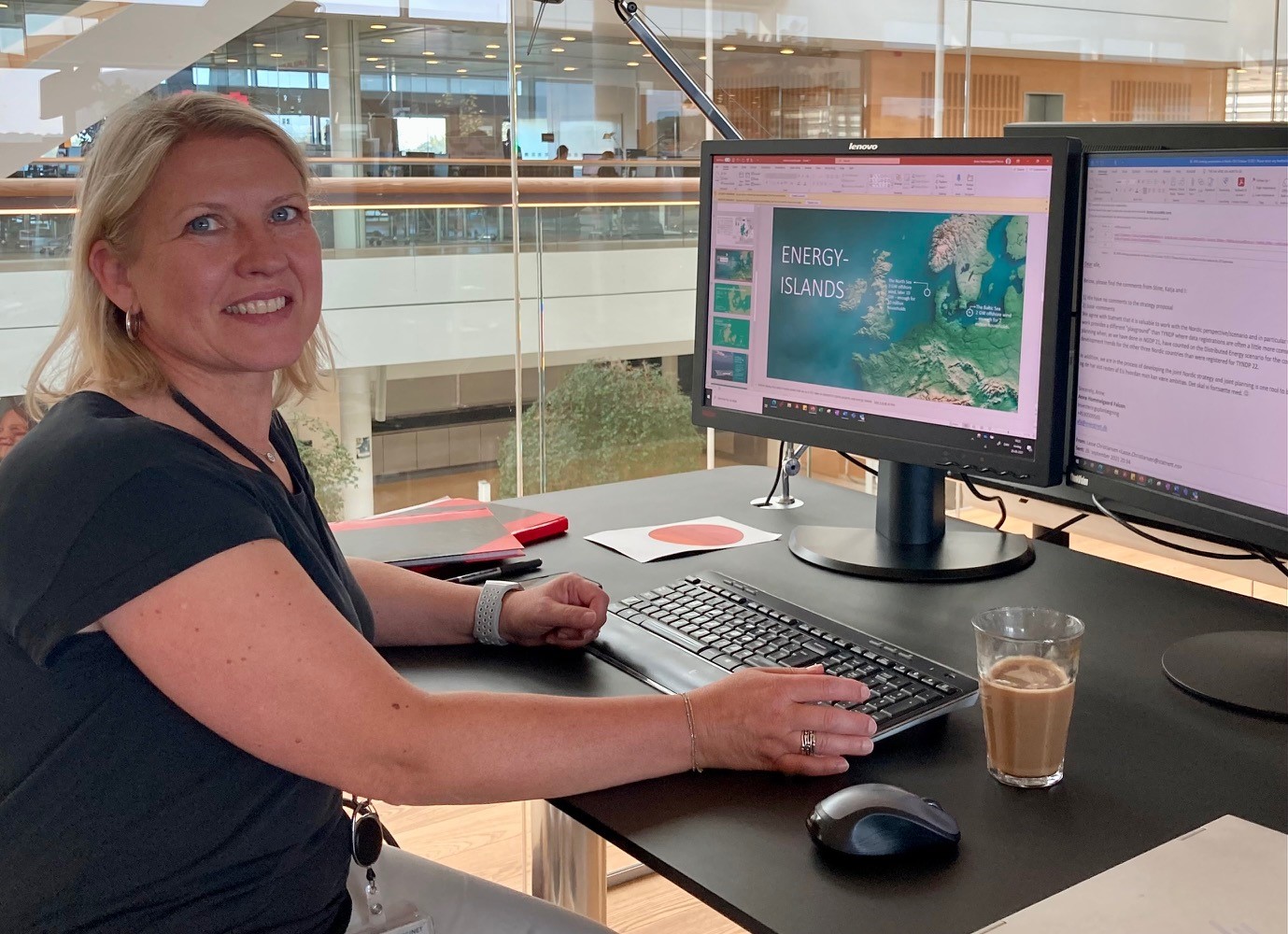 There have been three working groups in the project. One group looked at technology: What are the technical solutions and challenges? What cable design would achieve the best capacity? Where can it be connected?, and many other questions. The second working group analysed the balance between income and expenses for the players (governments, generators and consumers): Scenarios were created, with and without the energy island connection to Germany, looking at its impact on market prices, socio-economics and European CO2 emissions. The third working group looked at regulation and the framework for the energy island: including ownership, possible joint operation and shared financing between the countries

“It worked well that we defined the task together from the outset and made a joint plan and division of roles. While the working groups dealt with their respective areas between the meetings, the joint steering committee reviewed our assumptions and the data we collected. It has been an advantage to have a steering committee that represented both 50Hertz and Energinet, as the needs of both countries have been considered.”

More work to do

The collaboration between 50Hertz and Energinet will continue. However, this does not mean that work can start on building the interconnection tomorrow, as there is still plenty to do. For example, the technology working group has noted that other countries and suppliers also must be able to connect to the energy island later on. Their technology and systems should therefore be able to communicate better than is the case today.

The framework for the joint project during the operations phase must also be in place. Finally, once the business case is ready, the two governments will have to make their final investment decision before construction can commence. But the project has shown there is potential for continuing the collaboration, and there is also the will to do so.

“It appears that our international partners generally can see the value of the energy islands, and are showing increasing interest. Denmark has a tight schedule towards 2030, but our neighbouring countries are in full agreement that we must find new ways to exploit the large offshore wind resources available to us if we are to be successful in the green transition together,” notes Anne Hommelgaard Falcon.